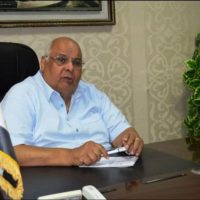 Mohamed Khamis Shaaban, head of the Sixth of October Investors Association, said that most of the factories operating in the region were affected by the negative repercussions resulting from the Corona pandemic, which led to their delay in paying insurance dues due to the lack of financial liquidity as a result of the halt in the industrial movement.

Shaaban added to the Stock Exchange that the association had received a number of complaints about the authority’s intention to file lawsuits against them. Because of their delay in payment, so it was agreed with the authority to solve these problems and facilitate the investors and manufacturers in paying the insurance dues.

Major General Gamal Shaaban, head of the National Insurance Authority, stipulated, in a meeting he held with the association today (Sunday), that 15% of the total insurance dues on factories be paid, and the rest in monthly and annual installments that are obtained with the payment of new dues.

It also agreed to extend the period of factory car licenses from 3 months to 6 months for companies committed to paying insurance dues to reduce the suffering of investors.

Awad said that the insurance sector in Egypt is close to completing an integrated automation system that will facilitate full dealing with all dealers with the authority.

He called on investors to commit to paying workers’ insurances; To prevent any defect in social insurance; Because the Insurance Authority’s mission is to protect the funds and entitlements of pensioners and the insured.

The association’s proposal to form a committee between October investors and insurances was also approved, in order to help companies and encourage them to pay in installments and comply with the Insurance Authority.

The article “Insurances” agrees with “October Investors” on rescheduling the factories’ debts was written in Al Borsa newspaper.