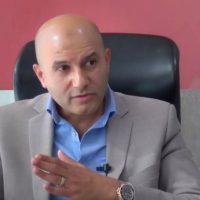 Shaltout: The Egyptian market is characterized by a real demand for real estate.. Egypt is one of the most attractive countries for investment

Inverse Group has launched the “Bariq” project in the new administrative capital, with investments amounting to 3 billion pounds, and the company intends to develop several projects as part of its expansion plan in the local market.

Eng. Ahmed Shaltout, Chairman of the Board of Directors of the Kuwaiti Integrated Company, Inverse, said that the company acquired several plots of land inside the Administrative Capital, to establish various projects.

Shaltout added that the “Bariq” project is being built in the Downtown area in the Administrative Capital, and includes multi-use units, and the company offers payment terms of up to 8 years.

He explained that the Egyptian market is characterized by a real demand for real estate, given the population increase, and Egypt occupies the list of the most attractive countries for investment as a result of the national projects adopted by the state.

Shaltout said that Enverse has experience in the Egyptian market through the establishment of commercial complexes, medical projects and hospitals in separate areas, in addition to residential projects within the Fifth Settlement area in New Cairo.

The article, “Inverse”, presented the “Bariq” project in the Administrative Capital, with investments of 3 billion pounds, which was written in Al Borsa newspaper.