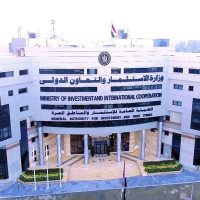 The General Authority for Investment and Free Zones decided to continue allowing free zone projects to sell in the local market 50% of their products for a period of 6 months, with the exception of the prohibited areas stipulated in the Authority.

The authority stated in a statement that it also allowed industrial projects in the free zones to sell their stocks of raw materials, production requirements and accessories in the local market at a rate of 20% with the approval of the region’s president, and more than that with the approval of the head of the free zones sector, for a period of 6 months.

The Investment Authority began implementing the policy of allowing projects operating in free zones (produced for export) to sell in the local market since April 2020, as part of the incentive measures to deal with the Corona virus crisis, which caused a slowdown in exports to many foreign markets.

The decision included giving free zone projects a period of 6 months to renew the insurance policies on their assets, provided that the legal representative of the project submits a pledge to bear all criminal and civil responsibilities for the consequences that may result.

The decision also stipulated that the administrations of the free zones take measures that ensure the conduct of project work for the entry and exit of devices, machines, goods and all that is necessary to carry out the activity over a period of 24 hours, and to extend the expired deadlines granted to free zone projects to adjust their status, for a period of 6 months.

Continuing to deal with free zone projects for which the period of licenses to practice the activity (issued – incoming) has expired, provided that they submit an application to renew the license period.

The article “Investment” renewed allowing factories in free zones to sell 50% of their production in the local market was written in Al Borsa newspaper.