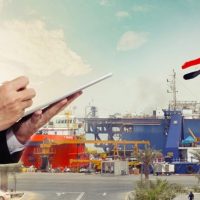 A number of manufacturers and investors said, Appointment The Ministry of Trade and Industry has written off 50 companies working in the activity of supplying to Egypt from its records, a positive step that contributes to enhancing the productive movement of the industrial sector, providing more job opportunities, and attracting new investments in these sectors.

Shaaban: Addressing the ministry to demand that the companies that were written off establish factories for them in the local market

Mohamed Khamis Shaaban, Secretary-General of the Egyptian Federation of Investors Associations, said that the industrial sectors have begun to recover from the Corona pandemic, and are seeking to work at their full production capacity during the coming period, and the state’s direction to prepare the market and review the conditions of exporting companies will reflect positively on local companies.

Shaaban added that the union will address the Ministry of Trade and Industry, asking the companies that were removed from their records to establish factories in Egypt as long as they see the Egyptian market as promising to sell their products.

He pointed out that the state grants foreign investments many advantages and incentives, so presenting them by the Investment Authority and the Ministry of Trade and Industry to these companies will be a new door to attract these companies and establish projects for them in Egypt.

Shaaban cited Turkey, China and France, which follow this system in dealing with exporting companies, and this mechanism enabled them to stop those companies from flooding their markets with products of lower quality and price, as well as their contribution to reviving their exports.

The Ministry of Industry and Foreign Trade has written off nearly 50 companies working in the activity of exports to Egypt, from the registers eligible for export.

The ministry explained that these companies were written off based on a memorandum from the Chairman of the Board of Directors of the General Organization for Export and Import Control in mid-July, and it comes in implementation of Ministerial Resolutions 43 of 2016 and 44 of 2019 regarding amending the rules governing the registration of factories qualified to export their products to Egypt.

Junaidy: Egyptian companies are qualified to meet the needs of the local market for all products

Eng. Mohamed Junaidi, President of GMC Industrial Investments, said that reviewing the conditions of companies exporting to Egypt on an ongoing basis ensures controlling the market movement and preventing the entry of products from companies that do not meet the conditions of supply to the local market.

He pointed out that these serious steps from the Ministry of Trade and Industry came after President Abdel Fattah El-Sisi’s statements banning the entry of products that do not comply with European standards in order to protect the local market and investments operating in various industrial fields.

He stated that local companies are able to meet the market’s needs from the products of the companies that have been written off, and the market will witness a temporary revival against the background of this decision if the quantities exported to Egypt by these companies are large.

Al-Murshidi: Reconsidering the rest of the supplier companies will protect the textile industry

Engineer Mohamed Al-Morshedy, head of the Obour Investors Association and the Chamber of Textile Industries in the Federation of Industries, said that the Turkish companies that were written off within the decision were deliberately dumping the local market of ready-made clothes and furniture and writing them off until their conditions are reconciled, which will weaken their export ability to the Egyptian market.

Al-Murshidi added that tightening control over imported products and reconsidering many decisions regulating the import process, especially pre-registration of shipments, will revive the work of the market and make it a platform for exports of the textile sector to all countries of the world.

Hafeila: The industrial sector is qualified for a major boom, with the support of the state’s direction to control the market movement

Engineer Osama Hafila, Vice President of the Damietta Investors Association, said that the past two years have witnessed the entry of new investments into the Egyptian market in the sectors of spinning, weaving, household appliances and electrical appliances, so protecting these investments by looking at the conditions of the exporting companies has become necessary.

He stressed that the Egyptian market is classified as one of the largest consumer markets in the Middle East, and activating the supervisory role on imported products is a great motivator for local companies to pump new investments and implement their targeted expansions.

The article, Investors expecting positive effects of the decision to write off 50 foreign companies from the records of suppliers to Egypt, was written in Al Borsa newspaper.