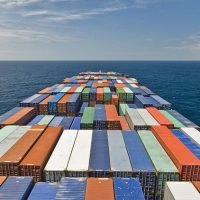 The new situation in Libya has prompted a large number of Egyptian investors to study restoring their relationship with the Libyan side and re-establishing themselves there, whether by establishing industrial projects or resuming the export movement that has been suspended due to the events in the country since 2011.

Dr. Muharram Hilal, head of the Egyptian Federation of Investors Associations, said that all business organizations are seeking to restore relations once again with the Libyan side. It is assumed that a number of attractive investment sectors will be identified through the meetings held with Libyan business organizations to discuss how to invest in them.

He added that the Investors Union is preparing a list of investment opportunities, in preparation for presenting them to its members during the coming period, and enabling them to benefit from the projects that will be implemented soon, according to prior cooperation with the Libyan Chambers.

Samir Aref, head of the Tenth of Ramadan Investors Association, said that Libya was one of the best African markets before 2011, but most of the investors and manufacturers stopped supplying their products and liquidating their activities due to the instability of the situation.

Aref expected that the coming period will witness an investment boom in many industrial sectors, specifically the building materials sector, given the reconstruction phase that the Libyan government is seeking to implement during the coming period.

He explained that Libya has completed all the pillars of the state and it is expected that the situation will gradually improve and the inter-trade with Egypt will return better than before, given the role that the Egyptian government has played to support and stabilize Libya without considering any interests like other countries.

He mentioned that the rapid presence of real estate companies there opens up new investment fields for Egyptian manufacturers, whether in the electrical and sanitary appliances sector.

Engineer Sobhi Nasr, a member of the Egyptian Federation of Investors Associations, said that the federation is keen to restore investment relations with the Libyan side now, so he recently signed a protocol with the Libyan Economic Chamber.

Nasr added, that Libya has many opportunities, not only at the level of the investment and industrial sector, but is also considered one of the best good markets for Egyptian labor due to its geographical proximity and the respectful relationship between Egypt and the Libyan Prime Time Zone.

He continued: Egypt has a plan that it seeks to achieve during the coming period, which is to reach $ 100 billion in exports, so the stability of all Arab countries, especially Syria, Libya, Yemen and Iraq, will have a positive impact on Egypt in economic terms in the future.

He pointed out that the ceramics sector is expected to witness a big boom in sales during the coming period due to the increase in demand from Libyan companies in particular, in addition to all infrastructure requirements, including pipes.

The Union signed a memorandum of understanding with the Libyan Economic Chamber, to develop a plan to increase Egypt’s exports to Libya, and a map of the real opportunities available for Egyptian products in the State of Libya, and to provide information and technical support that serves to increase cooperation between the two countries in various commercial fields.

The memorandum of understanding included the establishment of joint committees, international exhibitions, promotional missions, maximizing benefit from agreements, assistance with studies and training for those wishing to work in the Libyan market, exchange of trade delegations to increase the volume of trade exchange, and facilitating partnership procedures between the two countries in the fields of industry and trade.

The article Investors Prepare for a List of Industry and Export Opportunities to Libya was written in Al Borsa newspaper.