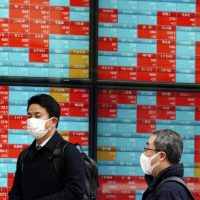 Japan’s Nikkei fell by more than 1% at the end of Monday’s trading, after Fumio Kishida was officially elected prime minister of the Asian country.

Kishida won the presidency of the ruling Liberal Democratic Party last week, and was scheduled to be elected today to the post of prime minister by Parliament.

Matsui Securities said in a note carried by “Reuters” that there are external challenges facing the Japanese stock market during this period, including signs about the slowdown in China’s economic growth, and problems related to the US budget.

The Japanese currency stabilized against the dollar, recording 111.03 yen, during today’s trading.

The article, the decline of Japanese stocks after the election of “Fumio Kishida” as prime minister, was written in Al Borsa newspaper.