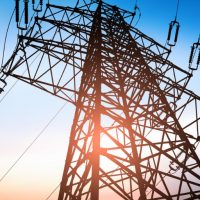 The Al Karm Electricity Sales and Distribution Company affiliated to “Karm Solar” has agreed with the Canal Company for Electricity Distribution, to distribute 10 megawatts of electricity in the Marsa Alam area. The Electricity Utility and Consumer Protection Regulatory Agency will issue a license on the matter during its next meeting.

Informed sources told the “Stock Exchange” that the Karm Solar Company has submitted contracts to the Canal Company for Electricity Distribution, signed with customers to obtain energy, and this procedure is necessary to approve the distribution of electricity. Among the clients are hotels and tourist sites in Marsa Alam.

The sources explained that the Karm Solar company submitted a file that includes the economic study of selling energy in the North Marsa Alam region, as well as the proposed tariff for sale, which will be included in its value, the cost of the connection, and its value will be higher than the current electricity tariff.

The sources said that a number of companies submitted an earlier request to the Canal Electricity Distribution Company to approve the distribution of electricity with capacities of up to 10 megawatts, but all of them were in the cradle.

The sources said that the Electricity Utility and Consumer Protection Regulatory Agency agreed to grant the license to the Karm Solar Company to launch a project for Cairo 3A, and that new technology is being implemented in the project, so that the station works with diesel and solar energy.

The sources added that the KarmSolar company will start implementing the project within days, and the first phase is scheduled to be completed this year, provided that the other phases will be launched in succession.

The sources said that the company is continuing its plan to implement solar energy stations and sell the production to the private sector. Measurement ».