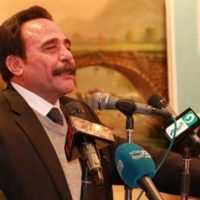 The head of the Egyptian Trade Union Federation, Gabaly El-Maraghi, said that the new labor bill being discussed in the Senate will benefit about 20 million workers in the private sector and preserve their rights.

The head of the labor union welcomed the measures taken regarding the study of the new labor bill, which began its discussion within the relevant committee of the Senate during the current session; In preparation for referral to the House of Representatives for approval.

He said that the draft labor law was previously discussed by the Manpower Committee of the House of Representatives during the first legislative term, and dialogue sessions were held on the draft law, in which the three labor parties, representatives of workers, employers and the government participated. It has become incompatible with the requirements of the current stage, which is witnessing a development in performance, especially giant development projects in which the national private sector contributes greatly.

Al-Maraghi stressed the importance that the law includes protecting the interests of the two parties workers and owners of private establishments, and maximizing the dialogue mechanism between them, taking into account the social dimension and protecting workers’ rights, pointing out the need for the law to provide for the non-arbitrary dismissal of any worker, and that this be done according to a judicial ruling issued by the competent labor court. to be created under this new law.

The article, President of the Labor Union: The new labor law preserves the rights of 20 million workers in the private sector, was written in Al Borsa newspaper.