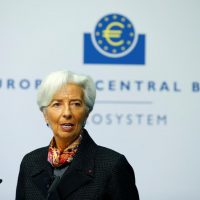 And “Lagarde” said in an interview with “CNBC” Thursday: The European Central has been monitoring “Evergrand”, and in Europe and the euro area direct exposure to it will be limited.

These statements come in light of the exposure of many financial institutions to the world’s most indebted real estate developer through direct loans and indirect acquisitions.