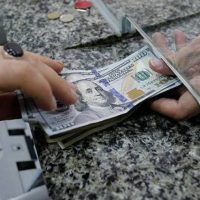 The exchange rates of the dollar against the Egyptian pound stabilized today, Sunday, September 26, 2021, in most banks operating in the local market.

The dollar recorded the highest price at 15.68 pounds for purchase and 15.76 pounds for sale in the National Bank of Kuwait and Abu Dhabi Islamic Bank.

The lowest price of a dollar for the pound in Egypt

The dollar recorded the lowest exchange rate of a dollar against the pound in Egypt at 15.64 pounds when buying and 15.74 pounds when selling in Banque Misr, Al-Ahly Bank and the United Bank.

The second lowest price of the dollar against the pound came at 15.65 pounds for purchase, 15.75 pounds for sale in the Bank of Alexandria, the Suez Canal Bank, and the National Bank of Kuwait.