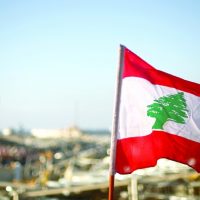 The Ministry of Finance in Lebanon announced the resumption of negotiations with the International Monetary Fund, expressing its readiness to work to reach an agreement on an appropriate program for economic recovery in the country supported by the Fund and enjoying broader support from the international community, stressing the government’s commitment to take practical steps to restructure the debt.

The Lebanese Ministry of Finance confirmed – in a statement today, Monday – that the government reiterates its commitment to a fair and comprehensive solution for all creditors and will participate, with the support of its financial and legal advisors, in actual discussions in good faith with all of its creditors as soon as possible.

The Ministry of Finance stressed the government’s commitment to take constructive, equitable and transparent measures to restructure debt in cooperation with all other stakeholders, welcoming the participation of bondholders wishing to contribute to this process.

She explained that the newly formed government headed by Najib Mikati is fully aware of the difficult social and economic situation in Lebanon and the challenges it faces in order to achieve this, noting that the government has reiterated its commitment to resume negotiations with the International Monetary Fund as soon as possible and formed the team responsible for negotiating with the Fund led by Deputy Prime Minister His Excellency Al-Shami, Minister of Finance Dr. Youssef Khalil, Economy and Trade Amin Salam and Governor of the Banque du Liban Riad Salameh.

In its statement, the Ministry of Finance referred to the statements of Finance Minister Youssef Al-Khalil upon assuming the ministry, in which he stressed that the existence of a program supported by the International Monetary Fund is necessary to put the country on the path to recovery.

The article Lebanon resumes negotiations with the International Monetary Fund, and is committed to measures to restructure the debt, which was written in Al Borsa newspaper.