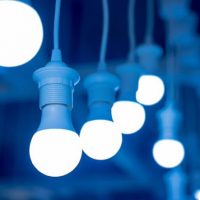 A large number of manufacturers and workers in the manufacture of electrical appliances and lighting systems expressed their optimism about the sector’s recovery during the coming period.

They suggested implementing a number of mechanisms and controls, including tightening control over imported products, and enabling companies to participate in supplying national projects that are currently being implemented, including the Administrative Capital and New Alamein, in addition to the Dignified Life Initiative.

Abdullah Zeidan, Vice President of the Electrical Tools Division, said that Egypt is one of the most promising markets in the field of manufacturing lighting systems and all electrical requirements during the current period, given the number of national projects that are currently being implemented in addition to plans to develop historical places such as Talaat Harb Square and Al-Tahrir Square.

He added to “Al Borsa” that the Electrical Tools Division constantly demands manufacturers to seize contractual opportunities in those projects implemented by the state, but the tenders put forward by it impede their benefit due to some requirements that factories face difficulty in meeting.

He explained that the tenders require the supply of a product at a low price with high quality, and this exposes the company to a loss if it accepts participation, especially if it is from the segment of small and medium enterprises, due to the high manufacturing costs and product price.

Zeidan suggested to government agencies that all companies participate in the projects they implement and put out tenders commensurate with the volume of their business, so that they can activate the production movement, in addition to tightening control over imported goods that have a local counterpart so that existing factories are not harmed.

According to the Electrical Equipment, Tools and Cables Division of the Federation of Egyptian Industries, the total number of factories operating in lighting systems, members of the division amounted to 555 factories, with investments estimated at about 70 billion pounds.

The number of its employees directly exceeded 100,000, while its annual export volume was estimated at about $700 million.

Saeed El Hefnawy, head of Baraka Electrical Industries Company, a member of the Board of Directors of the Electrical Tools Division at the Federation of Industries, believes that the benefit of local companies from the projects currently implemented by the state needs to activate the law of preference for local products in government procurement.

He pointed out that most companies are able to meet the needs of the local market and national projects, but the fierce competition from counterfeit and poor-quality products negatively affected the factories operating under the umbrella of the law.

Hefnawy explained that the main reason behind the lack of high rates of local manufacturing in this sector is to import most of the production inputs, and to attract foreign companies specialized in manufacturing them locally, which contributes to creating a product capable of competition in price and quality during the coming period.

Engineer Bahaa Al-Adly, Chairman of the Board of Directors of the Arab Company for Integrated Industries, said that foreign companies working in the lighting sector view the Egyptian market as promising in this industry, in addition to Egypt’s pivotal role in bringing the sector’s products to neighboring countries.

The Stock Exchange added that Egypt is a candidate for a major boom in this sector, provided that a strategy is developed that includes limiting companies operating in lighting systems of all kinds and working to solve the problems they face, in addition to providing more incentives that qualify them to penetrate export markets.

Al-Adly believes that the most important challenges facing this industry are the lack of regulation of the markets, the entry of goods without quality control, and customs distortions between the components items and the complete product, stressing that overcoming these obstacles opens a promising market for local and foreign companies wishing to expand and establish new factories.

He stated that the modern lighting system manufacturing sector, based on innovation and advanced technology, and Egypt’s determination to catch up with the Fourth Industrial Revolution, qualifies it to be a source for manufacturing and supplying those products, as China is currently doing.

He pointed out that the proportion of the local component in the lighting industry began to rise gradually during the past five years, until it currently reached 50%, and is expected to rise to 70% after the opening of new manufacturing plants entrusted with providing production requirements.

He explained that international companies operating in the lighting sector, including Shanghai and Venus, managed to penetrate the export markets with their products, so they must be supported by other companies wishing to export to achieve the state’s ambitions to reach the volume of Egyptian exports to 100 billion dollars within the next 4 years.

He stressed that the government’s opening of marketing areas for companies operating in the lighting industry, by concluding supply contracts, will contribute to revitalizing the production process and motivate them to expand their investment activities.

The article Lighting System Manufacturers Presenting Their Proposals to Deepen Their Participation in National Projects was written in Al Borsa Newspaper.