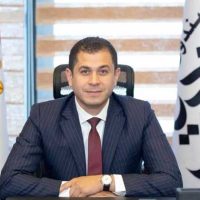 The Long Live Egypt Fund launched today a new convoy to provide food and poultry for the most caring families in Qalyubia Governorate, as part of the Goodwill Doors campaign launched by the Fund on the occasion of the holy month of Ramadan in cooperation with the Ministry of Social Solidarity and received by Major General Abdel Hamid Al Hajjan, Governor of Qalyubia

The convoy includes 120 tons of dry food, in addition to 14.4 tons of poultry, to be distributed to 10 thousand eligible families in coordination with the Directorate of Social Solidarity and the Life Makers Foundation.

Tamer Abdel Fattah, Executive Director of the Long Live Egypt Fund, said that the caravans of the Gates of Goodness campaign came in implementation of President Abdel Fattah Al-Sisi’s mandates to intensify the fund’s activities during the holy month of Ramadan.

He pointed out that the convoys have delivered food and poultry to about 342 thousand families in 18 governorates so far, namely, “North Sinai, South Sinai, Matrouh, Cairo, Giza, Gharbia, Beheira, Fayoum, Beni Suef, Minya, Assiut, Sohag and Qena. And Luxor, Aswan, and the New Valley, the Red Sea, and Damietta ».

She continued, “It is planned to continue the distribution process, reaching 650,000 families in the coming days.”

He added that the campaign convoys continue to provide food and poultry throughout the month of Ramadan, so that each family will receive a carton that includes «4 kilo of rice, 1.5 pasta, a package of oil, half a kilo of fava beans, 2 kilos of sugar, a package of ghee, a box of tea, and a kilo of dates. ». He pointed out that poultry is distributed in the form of a bag weighing 1.2 kilograms, in addition to vegetables and fruits.

Abdel Fattah explained that the campaign is also providing 35,500 ready-to-eat meals for those fasting in 16 governorates daily, including 1500 breakfast meals in Greater Cairo in cooperation with Americana Restaurants, in parallel with the distribution of dry food.

The Executive Director of the Long Live Egypt Fund indicated that the Gawab al-Kheir campaign was prepared in partnership with the Ministry of Social Solidarity to ensure that support reaches its beneficiaries.

He stated that the campaign targets breadwinning women, irregular employment, orphanages and homeless children, taking into account access to deserving groups in remote areas, such as Halayeb and Shalateen, and the villages of Aswan and North Sinai.

The Long Live Egypt Fund recorded 3 records in the Global Guinness Book of Records after organizing the largest humanitarian aid convoy in the world to support a million families most in care during the winter season, as the convoy included 480 trucks loaded with dry food, poultry, winter clothes, and blankets, as well as providing a number of Dialysis machines, incubators for premature babies, tons of disinfectants and masks to prevent the emerging corona virus.

The article “Long Live Egypt” provides 134 tons of food and poultry for 10,000 families in Qalyubia, it was written in Al-Borsa newspaper.