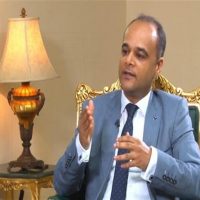 Counselor Nader Saad, the official spokesman for the Presidency of the Council of Ministers, said that it is in response to the desire of a number of businessmen and investors and their requests to open the door for donations. To contribute to the national project for the development of Egyptian villages, which is being implemented as part of the President’s initiative “A Decent Life”, an account bearing number (4001048009) has been opened in the name of “Long Live Egypt” Fund – developing 1500 villages; To receive all the donations directed to this great national project.

This comes in the context of keenness on the importance of the participation of all community forces in the “Decent Life” initiative, which aims to change the face of Egypt and achieve a better standard of living for our Prime Time Zone in the villages.

The article “Long Live Masr” receives donations from businessmen to implement the national project for developing villages, it was written in Al Borsa newspaper.