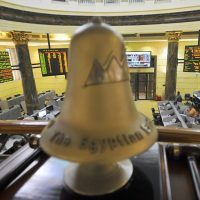 Jacob: The vision is negative in the long and medium term, as the current situation continues
Stock market traders expected that the decline in the daily market trading values, below the level of one billion pounds, will lead to the continued fluctuation of the shares of the main index in the upcoming sessions and the emergence of selling pressures in speculative shares.
The main index of the Egyptian Stock Exchange EGX30 decreased by 0.05% at the end of the session yesterday, Tuesday, to settle at the level of 10,432 points, and the EGX70 EWI index decreased by 0.6% to settle at the level of 2,658 points.
Rania Yaqoub, Chairman of the Board of Directors of the Three Way Securities Brokerage Company, expected the main index to target the second support level at 10,200 points, after breaching the first support in yesterday’s session, at 10,450 points.
She stressed that the outlook is negative in the medium and long term with the lack of incentives and the absorption of new liquidity offerings, and indicated that the decrease in trading volumes affects the main component of the market from individuals, and that the stock rebounds have become of short duration.
She said that the index of small and medium-sized companies will fluctuate, with its constituent shares subjected to selling pressure as a result of the strong rise since the beginning of the year by 23.9%.
It directed the dealers to the necessity of seizing the chances of rebounds in selling until the visibility becomes clear and the market situation improves, with the high trading values.
Hossam Eid, investment manager at International Securities Brokerage, said that the dominance of the fluctuating and mixed performance on the Egyptian Stock Exchange indices in yesterday’s session, with trading volumes dropping below one billion pounds, indicates targeting the main index, to test the main support level which is 10300 points.
He explained that the stability of the index of small and medium-sized stocks in the red zone is due to the tendency of individual investors to sell, which negatively affected the performance of speculative stocks and rapid trading, and the emergence of corrections and strong profit-taking in stocks.
Expect the index to test the main support level of 2,600 points, and in the event that the correction and profit-taking operations end, and the return to the upside and positive performance of most of the speculative and quick trading stocks ends, the seventy index aims to breach the main resistance level, which is 2660 points.
The EGX50 index of equal weights decreased by 0.1%, stable at the level of 2272 points, the “EGX30 capped” index rose by 0.4%, stable at the level of 12811 points, and the broader EWI EGX100 index declined by 0.3%, stable at the level of 3602 points.
The market recorded trading values ​​of 812.9 million pounds, through the circulation of 262.6 million shares, by carrying out 35.5 thousand buying and selling operations, after the shares of 192 restricted companies were traded, 48 of which rose, and the prices of 87 securities declined, while the prices of 57 shares did not change. Others, to settle the market capitalization of the listed shares at the level of 697.4 billion pounds.
The net transactions of foreigners tended to sell at a value of 27.6 million pounds, with a 1% acquisition of the shares, while the net transactions of Egyptians and Arabs tended to buy, recording 11.2 million pounds and 16.4 million pounds, respectively, with an acquisition rate of 97.4%, and 1 6% of the trades.
Individuals carried out 15% of the transactions, heading towards buying, led by Arab and foreign individuals, who recorded a net purchase of 19.4 million pounds, and 472.5 thousand pounds, while Egyptian individuals recorded a net sale of 16.3 million pounds.
Institutions captured 85% of the trading, heading towards selling, with the exception of Egyptian institutions, which recorded a net purchase of 27.6 million pounds, while Arab and foreign institutions recorded a net sale of 2.9 million pounds and 28.1 million pounds, respectively.

The article was written in the stock exchange newspaper.