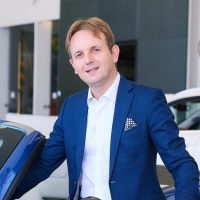 Maserati has appointed Luca Delfino as its new President for Europe, Middle East and Africa, who will lead the company’s operations in the region in addition to his current responsibilities in the Fuoriserie programme, working directly under Bernard Loire, Maserati’s Chief Commercial Officer.

“I am confident that in his new role, Delfino will ensure the success of Maserati in Europe, the Middle East and Africa thanks to his extensive global experience,” said Bernard Loire.

Delfino joined Maserati in 2007, and during this period he held a number of positions within the company, the most recent of which was General Manager, Asia Pacific, in addition to taking on additional responsibilities in the field of sales and after-sales services globally.

Delfino assumed the new position, succeeding Guido Giovannilli, who assumed other responsibilities at the company’s headquarters.

The article “Luca Delfino” President of “Maserati” in Europe, Middle East and Africa was written in Al Borsa newspaper.