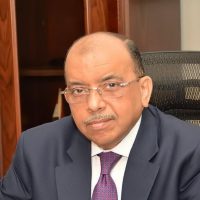 Mahmoud Shaarawy, Minister of Local Development, announced that Luxor will host the “International Cities Day” on October 30 and 31, under the patronage of President Abdel Fattah El-Sisi, President of the Republic, and in the presence of a number of international officials from ministers, governors and mayors from different countries of the world. This conference is held under the title “Adaptation and strengthening the capabilities of cities to resist climate change.

The Minister of Local Development said that he had signed with Ms. Maimoona Mohamed Sharif, Under-Secretary-General of the United Nations and Executive Director of the United Nations Human Settlements Organization, an agreement to host Luxor for this important international event after Luxor won the honor of hosting many major cities and capitals in the world, in appreciation of For the achievements of the Egyptian state at the level of urban development and for the cultural and archaeological position of Luxor.

He added that this conference will be an opportunity to present Egypt’s achievements during the past seven years, especially in the areas of infrastructure and city construction, on top of which is the New Administrative Capital and many other projects related to the rehabilitation of infrastructure in many cities, in conjunction with the slogan launched by the Global Cities Celebration for this. Year “Adaptation of Cities for Climate Resilience”.

He explained that World Cities Day aims to enhance the international community’s interest in sustainable global urbanization, advance cooperation between countries and cities to address urbanization challenges, contribute to sustainable urban development around the world and promote ambitious climate action for cities and achieve a better life for citizens.

The Minister of Local Development confirmed that, on the sidelines of this conference, a number of different sessions and workshops will be held over the two days to discuss and explain a number of development programs that are being implemented in Egypt with international partners, including the Local Development Program in Upper Egypt in the governorates of Sohag and Qena, implemented with the World Bank, in the presence of a number of From the governors of Upper Egypt and representatives of the World Bank, pointing out that the features and objectives of the presidential initiative “A Dignified Life”, which aims to improve the lives of about 58 million Egyptian citizens in rural villages, will also be reviewed.

Shaarawy added that a meeting of local development ministers from African countries will also be held; To discuss a number of issues and challenges facing the cities of the continent and exchange experiences to find solutions to them.

The minister stressed that the celebration of the “World Cities Day” will also be an opportunity to present the landmarks of the Egyptian archaeological discoveries during the recent period through a distinguished lecture given by the Egyptian archaeologist Dr. Zahi Hawass, and the international delegations participating in the celebration will follow up on many cultural and artistic paragraphs that reflect the Egyptian civilization in Luxor Temple. In addition, their presence in the city of Luxor, the International Open Museum, is an opportunity to demonstrate Egypt’s ability to rehabilitate the archaeological infrastructure and to review its efforts to preserve the antiquity in conjunction with urban growth and not to conflict with the preservation of antiquities, and urban growth does not mean wasting the rich cultural heritage. In which Egypt flourishes, especially the city of Luxor.

He pointed out that this celebration will have different dimensions due to the importance of the participants in it, in addition to the other tourism and economic dimensions of the Egyptian state and the city of Luxor, especially with the beginnings of the tourism season for this world, noting that this event will be the city of Luxor at its best, as the ministry works in coordination with the concerned ministries to Completion of the development and revitalization of El Kabash Road, in preparation for its opening in a major celebration that will be held in Luxor.

The Minister of Local Development added that, based on a directive from Prime Minister Dr. Mostafa Madbouly, coordination and cooperation will take place between the various ministries to organize this important international event and come out in a manner worthy of the Egyptian state. There is also support provided by the United Nations organizations operating in Egypt and many international and local partners from Including the Housing and Development Bank.

The Luxor article hosts “International Cities Day” October 30 and 31, and was written in Al Borsa newspaper.