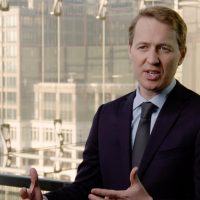 As the world embarks on its journey towards net-zero emissions, some of the implications appear straightforward: Coal must be oversupplied, and natural gas still plentiful.

The marginal cost of electricity should approach zero with the dominance of renewables.

Over time, these predictions may be correct, but it seems that the road from here to net zero contains some unexpected twists and turns.

The impact will be felt far beyond the energy and commodity markets, affecting everything from growth to inflation to politics.

Natural gas prices soared in Europe, which in turn led to a sharp increase in electricity prices: next-day prices across Europe rose from 50 euros to 150 euros per megawatt-hour, the highest level ever, you must have guessed it.

As an indirect effect, aluminum prices rose from $2,000 at the beginning of the year to $2,900 per ton today, and this was unexpected, especially since the global economy has not yet fully recovered from the Covid-19 crisis, so what happened? As often happens, the story begins in China; The combination of post-Covid-19 recovery and unusually hot weather has sharply increased electricity consumption this year.

Most of China’s electricity is produced from coal, but domestic coal production is struggling to keep up due to regulatory reforms, less investment, and more stringent health and safety inspections. Another important source of electricity in China is hydropower, but due to drought in key parts of the country, It failed to grow this year as well.

During the summer, this led to an electricity crisis that forced regional governments to cut back consumption – even street lights were turned off at night in a number of areas. China accounts for 60% of the world’s demand for aluminum, and in light of the reduction of its production and the continued growth of global demand, its prices rose, and the shortage of domestic coal in China forced the country to turn to imports.

However, coal production elsewhere also faced problems: torrential rains and labor shortages in Indonesia, railway disruptions in Russia and turmoil in South Africa, with supply shrinking in the seaborne coal market, soaring global coal prices, and the same factors driving up demand China is dependent on liquefied natural gas, but here China was not alone. The severe drought in Brazil also reduced its production of hydroelectric power, which led to an increase in demand for liquefied natural gas.

In the event of a number of production outages at liquefaction plants, the global LNG market has severely narrowed its supply in the past few months, and Europe is usually the final market for a large share of LNG in the world. European LNG imports fell sharply this summer, while lower wind speeds thwarted offshore wind power generation, driving up demand for natural gas.

However, with gas supplies restricted from Russia and other regions, Europe has not been able to build up gas stocks as it usually does in the summer, and gas stocks on the continent are now unusually low for this time of year, and winter has not yet begun, and given that gas prices Naturally, electricity prices are largely determined, as the prices of the latter have also risen.

So what does it all mean? We highlight three conclusions: First, this sequence of events illustrates how interconnected commodity markets are, and one region affects another as well as many commodities.

Drought in China could drive up electricity prices in Spain as well as the cost of cans of soda in the United States.

Second, the current year has shown how difficult it is to anticipate such moves, and even a few months ago, the prevailing view was that all of these commodities are plentiful, and will increase over time, and finally, it becomes clear how small the margin of safety in the global energy system is, and this has important implications for the future. .

Over the next few decades, the world will need to readjust the way it produces and consumes energy, and yet, the supply side is adjusting faster than our consumption patterns, and the world is still in the early stages of its journey to reduce carbon emissions, so this creates the potential for further carbon emissions. stability and pressure in the future.

The article Martijn Ratts writes: The energy crisis and the bumpy road to reducing carbon emissions was written in Al Borsa newspaper.