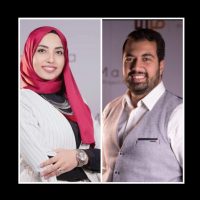 Mazaya Real Estate Development Company aims to invest 2 billion pounds in its projects in the Administrative Capital, and is preparing to launch its first projects in the city.

Engineer Mohamed Allam, Chairman of the Company’s Board of Directors, said that “Mazaya” decided to enter the Administrative Capital market in light of the promising investment opportunities it enjoys, as it is the most attractive area in the real estate market.

Allam added that the company aims to expand in the Egyptian market and inject new investments of 2.5 billion pounds in the administrative capital and New Cairo.

He explained that a number of housing projects are being offered in New Cairo, with a total investment of 240 million pounds.

Mohamed Mostafa, the company’s strategic consultant, said that the real estate sector in Egypt is still the best and most attractive investment for Egyptians and Arabs because it is the most stable and enjoys a large demand.

He expected that the Egyptian real estate market would witness a remarkable boom in the coming period in light of the package of major national projects launched by the state and achieved an unprecedented urban and construction boom, especially in the fourth generation cities, on top of which is the new administrative capital, which will witness great growth rates at the level of demand, sales and prices after the government moves to its new properties. .

Asma Osama, head of the commercial sector of the company, confirmed that “Mazaya” offers many facilities to its customers and provides different payment systems that are compatible with the needs of all customers.

Osama indicated that the delivery of units for a number of its projects, with investments amounting to 100 million pounds, had been completed.

The article “Mazaya for Development” aims to invest EGP 2 billion in the “Administrative Capital”, it was written in the Al-Borsa newspaper.