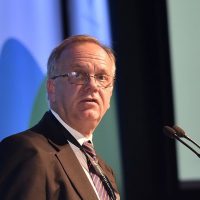 The natural gas market has entered a frightening new territory, and prices have reached historically high levels for a long time. Gas prices in Europe and Asia are now nearly twice the price of oil to generate the same amount of energy, and for some, this is a defining moment in the global gas market, and it is a glimpse of what is coming in the future with The energy transition has accelerated and demand has shifted away from the dirtiest fossil fuels.

But the most probable analysis is that current prices may simply reflect a competitive market that responds to an unusual mix of economic forces, a sharp correction is likely in the near future, and prices are certainly high, and since the development of Britain’s gas trading point in 1996, there has only been a month (January 2006) when the monthly settlement rate was above 100 pence per unit heat.

The settlement price for this month was 111 pence per BTU, and in October it will be higher at 170 pence for heat and the reasons for this rise are well known as cold weather in early 2021 raised demand in Asia while lower hydropower production in South America pulled gas shipments Natural liquefied away from Europe.

To make matters worse, many problems in LNG export factories related to fuel shortages and technical problems led to supply restrictions, and at the same time, there was a decrease in European gas production, partly due to the postponement of maintenance operations due to the epidemic, as well as imports of European gas lines. Weaker-than-expected pipelines from Russia and increased demand in the wake of lower wind power have all hampered Europe’s ability to refill its depleted stock.

The simultaneous nature of these events is a stark reminder that gas prices in Britain and Europe are part of the global picture, and in fact, it was not the increase in gas production in Britain or the increase in gas storage to make any real difference, but in this interconnected global market, what happens to gas demand affects In Beijing, Bangkok and Bangalore, British gas prices are just as affected, if not more so, than demand trends in Brighton, Birmingham and Bolton.

As we enter the winter and gas prices are already record high, the markets are fixing their eyes on a looming energy crisis, but it can be said that wholesale gas prices already include the “fear” premium, and pricing expectations that this year’s winter will be like last year, i.e. a long, cold winter The winter of 2020-2021 has been colder than average for the past 40 years in Europe, Russia and Northeast Asia.

With this in mind, buyers of LNG (mainly in Asia) are already stockpiling it, fearing a repeat of last year when they were unprepared, keeping prices high and pulling shipments away from Europe seeking to replenish stocks. However, European stocks are filling up at a steady pace, and if this continues into October, it can hold up well even in a winter as cold as last.

However, judging from the current price level, a short and sharp drop in temperatures next winter (similar to the ‘beast from the east’ weather pattern seen in Britain in 2018) is likely to cause prices to rise briefly, but a longer winter is required. And cooler than last year to see a sustained rise in prices above current levels.

Higher gas prices, in turn, will force large end users in industry and energy away from gas, while some industries will need to close for a while, but there is another scenario: a milder winter will allow European buyers to better replenish stocks and withstand any possible cold spells in January And February, if the cold snap doesn’t come, we can expect lower gas prices, and as we head into 2022, some one-off increases in demand are unlikely to be repeated in South America and Northeast Asia, even as China’s appetite for gas continues to grow.

Some LNG supply problems are already starting to recede and there are new plants expected to start operating in the US, and flows from Russia via Nordstream 2 are also expected to start later in 2022, but they won’t be useful in the cold winter. Pretty much, but that’s supposed to help cool prices later in the year.

The uncertainty surrounding gas prices over the next 12 months may not have been greater than ever, but conditions were and remain exceptional, and in 2020, responses to the pandemic reduced demand for gas almost everywhere (except in China) while supplies continued. On the rise in a market that is already oversupplied.

As for this year, everything was exactly the opposite: supply growth stopped and demand growth rose, and just as historically low prices in 2020 were a reflection of the fundamentals of supply and demand, historically high prices in 2021 are also a reflection of the same, and when the market is working, it can be It’s like riding a roller coaster.

By Mike Fulwood, Senior Research Fellow at the Oxford Institute for Energy Studies.

The article, Mike Fulwood, writes: The rising natural gas prices are likely to be corrected. It was written in Al Borsa newspaper.