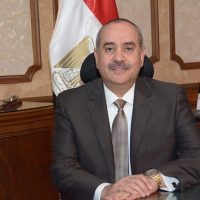 Pilot Muhammad Manar, Minister of Civil Aviation, said that the ministry and all its subsidiaries are constantly seeking to strengthen joint work with Arab countries in order to develop the air transport industry by modernizing joint work mechanisms and opening new horizons for this fruitful cooperation aimed at achieving integration and achieving development goals. .

This came during a meeting of the Minister of Civil Aviation, today, Monday, with the Ambassador of the Kingdom of Bahrain to Egypt, the permanent representative to the League of Arab States, Hisham bin Muhammad Al-Jowder, to discuss ways to enhance joint cooperation and bilateral relations in the field of civil aviation.

The ministry explained – in a statement today – that this meeting comes within the framework of strengthening the joint bilateral relations between Egypt and its brothers from Arab countries in the field of the air transport industry.

During the meeting, the two sides reviewed issues of common interest in light of the continuous efforts to activate air traffic between Egypt and Bahrain.

The Minister of Aviation pointed to the importance of the strong historical relations that unite Egypt and Bahrain in various fields, especially in the field of civil aviation.

For his part, the Bahraini ambassador stressed the importance of the effective coordinating role played by the Ministry of Aviation in exchanging knowledge and visions between Arab brothers, which contributes to increasing air traffic and creating promising investment opportunities that increase the volume of air and tourism traffic between Arab countries, looking forward to the participation of the Ministry of Civil Aviation and its subsidiaries. At the Bahrain International Exhibition, which will be held in Bahrain next year.

The article, Minister of Aviation: We seek to enhance joint work with Arab countries to develop air transport, was written in Al Borsa newspaper.