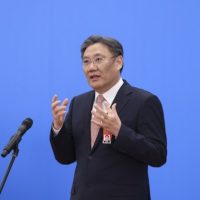 He said that the ratification of the agreement by six ASEAN member countries and three non-ASEAN countries is necessary to reach this threshold, and the sooner the agreement enters into force, the more the peoples of the member states will benefit.

The agreement, the largest free trade agreement in the world, was signed in mid-November 2020 by the 10 member states of ASEAN, China, Japan, South Korea, Australia and New Zealand.

The article, Minister of Commerce: China officially ratified the Regional Comprehensive Economic Partnership Agreement, it was written in the Stock Exchange newspaper.