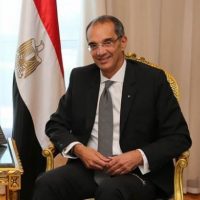 Dr. Amr Talaat, Minister of Communications and Information Technology, said that Egypt is the first in Africa to invest in emerging companies, and one of the first 15 countries in the world.

In his speech during the Techni Summit today, Saturday at the Bibliotheca Alexandrina, Talaat added the importance of encouraging startups, pointing out that the telecommunications sector is based on creativity and innovation, and is the sector most capable of encouraging and developing these companies.

He pointed out that the Techni Summit has become an important annual forum, in which we present the progress and future plans of the telecommunications sector.

He explained that the first axis is carried out through the incubator centers for the care of creativity, where the reliance on two centers of creativity in the Smart Village in Giza and in Burj Al Arab, in 2019 we began to increase the places of digital creativity in various governorates.

He noted that the second axis is human development and training, as the biggest challenges facing emerging companies is to attract and benefit from skills, which is the role of the Ministry of Communications, which is keen to increase the number of training and skills.

He pointed out that there is a package of initiatives being carried out in cooperation with international companies, as well as several other initiatives such as the “Your Work from Your Home” initiative, which aims to combine digital training with self-employment skills, stressing that the goal of the initiatives is to maintain our advanced position, to increase the creation of opportunities for emerging companies. , and the development of our position among the countries of the world.

The article, Minister of Communications: Egypt is the first in Africa to invest in emerging companies, was written in Al Borsa newspaper.