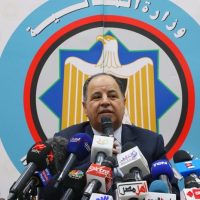 Dr. Mohamed Maait, Minister of Finance, confirmed that we succeeded in implementing the “electronic invoice” according to the scheduled timetable. As one of the main tributaries of the national project to develop and automate the tax system, which aims to maximize opportunities for integrating the informal economy into the formal economy, in order to achieve tax justice, collect public treasury dues, and make it easier for financiers; In a manner that contributes to stimulating investment, and is consistent with efforts to strengthen the financial governance of the state and ensure optimal use of its resources, in a manner that helps achieve economic goals, meet the development needs of citizens, enhance spending to improve their livelihoods, and upgrade the services provided to them.

The minister said that 33,365 companies have so far joined the “electronic invoice” system and have raised 64 million documents electronically, at an average rate of half a million invoices per day. In a manner that embodies the fruitful efforts that culminated in the success of this electronic platform as intended, which pushes to complete the process of “digitizing the economy”, especially that we have made great strides in developing and mechanizing the tax system, along with the development and mechanization of the customs system, and we aim to finish linking databases taxes and customs electronically before the end of next year; This contributes to strengthening governance and more accurately accounting for the tax and customs community.

The minister added that Egypt is one of the first leading countries in the Middle East and Africa in implementing the “electronic invoice” system, and that some sister countries have requested to benefit from our experience in this field, in which we cooperate with major international companies, pointing out that the “electronic invoice” system succeeded in detecting More than 3000 cases of tax evasion, and tax differences were collected from treasury dues exceeding 3.8 billion pounds.

The minister pointed out that the electronic invoice platform is considered as a new crossing to “Digital Egypt”, and is based on the establishment of an electronic central system to receive, review, approve and follow up sales and purchase invoices for commercial transactions between companies through the instantaneous exchange of invoice data in a digital format without relying on paper transactions to limit The tax community, explaining that the electronic invoice system achieves many advantages for financiers, including: facilitating the tax examination procedures for companies, in the shortest possible time, ending repeated fulfillment visits, examining the files of sales and purchase invoices electronically, with the possibility of remote examination and facilitating tax refund procedures, and the process Preparing and submitting tax returns, in addition to strengthening the tax centers of companies by placing them in the “low tax risks” list, and simplifying the settlement procedures between companies through the instant exchange of automated billing data, which the system provides as a result of its linking and integration with the accounting systems of financiers.

The minister stressed that our success in implementing the “electronic bill” system also motivates us to complete the process of digital transformation with the “electronic receipt” system, which was experimentally launched last September, provided that its actual implementation in places of sale to consumers within six and a half months. To enhance the governance of the tax system, through the optimal use of technological solutions in the real-time follow-up of commercial transactions between financiers and consumers in all sales and purchase outlets and the provision of services throughout the Republic.

The article, Minister of Finance: 3,365 companies have so far joined the “electronic invoice” system. It was written in Al Borsa newspaper.