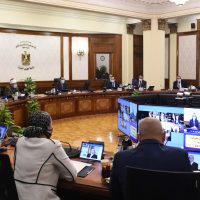 Vaccinating 3.3 million individuals in the state administrative apparatus and 2.2 million in higher education and pre-university education, public and Azhar

Dr. Hala Zayed, Minister of Health, said that about 60.5 million doses of the “AstraZeneca, Sinovac, Sinopharma, Sputnik, Johnson and Pfizer” anti-Coronavirus vaccines have been provided.

Zayed added, during the government meeting today, that the Holding Company for Biological Products and Vaccines agreed with the Chinese company “Sinovac” to increase the supplies of raw material for 2023 in the required quantity, which is sufficient to manufacture 250 million doses in “Vaccera” factories.

She explained that it was agreed to open the export list for “Vaccera” with agreement on the price policy, in addition to agreeing to start the procedures for transferring manufacturing technology and the travel of the first team from “Vaccera” to spend a month in the factory, and sending a similar technical delegation from “Sinovac” to train Egyptian cadres on Technical steps to disseminate technology.

She said that the Ministry of Health will start a serious negotiating stage in which the details of a twinning procedure between “Sinovac” and “Vaxera” in the production of additional vaccines other than “Corona” will be discussed, and sending a delegation within two weeks to inspect the October 6 site, and suggesting a study to hand over one of the buildings to the “Sinovac” company to build An integrated manufacturing area to manufacture vaccines with marketing opportunities in Africa and the Middle East.

The Minister of Health indicated that the total doses provided to citizens amounted to 23.4 million doses, distributed over 15.1 million for the first dose, and 8.3 million for the second dose.

The Minister also touched on the British government’s recent decision to approve vaccine certificates against the Corona virus for travelers from Egypt to the United Kingdom, according to controls that included receiving two doses of AstraZeneca, Pfizer or Moderna vaccine, and one dose of Johnson & Johnson vaccine, and that 14 days have passed since receiving on the final dose.

She said that the procedures included emphasizing that arrivals from Egypt are treated as residents of the United Kingdom who have been fully vaccinated, provided they do not visit one of the countries on the red list for travel, and also included the need to adhere to a PCR test during or before the second day to arrive through the official website. The British government and at its expense, as for those arriving from Egypt without certificates to receive the vaccine, they will have to commit to self-isolation for 10 days after arrival, with 3 PCR tests performed, the first within 72 hours before arrival, and the second and third during the second and eighth days of arrival.