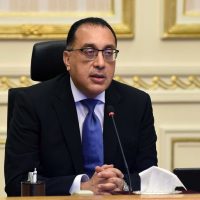 Mostafa Madbouly, Prime Minister, decided that all ministers issued a regulatory decision not to allow workers to enter government headquarters as of September 22, 2021, and with a maximum of two months, until after obtaining the vaccine against the emerging corona virus.

According to the periodic letter addressed to all ministers, the decision was taken at the cabinet meeting on Wednesday, September 22nd.

The number of Prime Time Zone infected with Corona in Egypt

Yesterday, Monday, Egypt recorded 702 new cases whose laboratory analyzes of the virus proved positive, as part of the necessary surveillance, investigation and examination procedures conducted by the ministry according to the guidelines of the World Health Organization, in addition to the death of 37 new cases.

The total number that was registered in Egypt with the new Corona virus until Monday, reached 302,327 cases, including 255,059 cases that were cured, and 17,224 deaths.

The Ministry of Health and Population continues to raise its preparations in all governorates of the Republic, follow up on the situation first-hand regarding the “Corona emerging” virus, and take all necessary preventive measures against any viruses or infectious diseases.

The ministry has also allocated a number of means of communication to receive citizens’ inquiries about the emerging corona virus and infectious diseases, including the hotline “105”, “15335” and the WhatsApp number “01553105105”, in addition to the “Health Egypt” application available on phones.

The article “Ministers”: Banning employees from entering government headquarters unless they receive the “Corona” vaccine was written in Al Borsa newspaper.