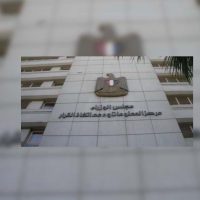 The Information and Decision Support Center in the Council of Ministers showed that the total area being worked on to convert them into forests in the governorates of the Republic has reached about 17 thousand feddans, divided into 27 forests in 8 governorates. Qena governorate alone acquired 10 forests, followed by Sohag and Assiut governorates with 6 and 4 forests each, respectively.

This came in a report issued by the Information and Decision Support Center in the Council of Ministers, an informational report entitled (The State of Forests and Timber Globally: Facts and Figures), reviewing the state of forests in Egypt and around the world, the global trade in timber and its products, and the status of tree forests in Egypt.

The report pointed out that, according to the “Food and Agriculture Organization 2020” report, the total area of ​​forests is 4.06 billion hectares, equivalent to 0.5 hectares per person, and forests currently cover 30.8% of the world’s land area, pointing out that forests are not evenly distributed around the world, as More than half of the world’s forests are located in only five countries (Russian Federation, Brazil, Canada, USA and China).

And he showed that two-thirds of the forests (ie 66%) are located in ten countries (the Russian Federation, Brazil, Canada, the United States of America, China, Australia, the Democratic Republic of the Congo, Indonesia, Peru, India), and the net loss of forests has witnessed a significant decline since 1990, noting that deforestation and forest degradation are still occurring at alarming rates; This leads to a massive loss of biodiversity.

He pointed out that during the period (2010-2020), Africa recorded the highest net loss of forests, with a loss of 3.94 million hectares annually, followed by South America, which recorded a net loss of about 2.60 million hectares annually. Since 1900, the rate of net loss in Africa has increased, While this loss has fallen dramatically in South America, it has more than halved since 2010 compared to previous decades.

And he indicated that China is the largest exporter of timber in the world, as the total Chinese exports of timber and its products to the world in 2020 amounted to about 13.5 billion dollars, followed by Canada with about 13.4 billion dollars, and China and Canada each account for about 10.0% of the total exports. world of wood and its products in 2020, while Germany accounts for 7.4% of the world’s total exports.

The article “Ministers’ Information”: 17,000 feddans, the total area being converted into forests in Egypt, was written in Al Borsa newspaper.