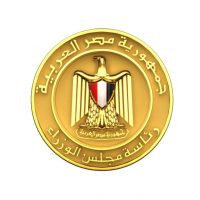 The Information and Decision Support Center of the Council of Ministers announced that Egypt has witnessed a great qualitative leap in recent years in digital media, as many media entities have begun to develop digital models of their work in addition to their traditional models. With the aim of expanding the reach of users and followers.
The “Digital Report 2021” report indicated that the number of Internet users in Egypt at the beginning of 2021 is about 59.19 million, and 4.5 million users is the amount of increase in the number of Internet users in Egypt, with an increase of 8.1% between 2020-2021.
This came in the weekly bulletin issued by the Information and Decision Support Center in the Council of Ministers, under the title “Digital Media…Social Repercussions.”
The bulletin sheds light on many topics related to digital media, including the concept of digital media.. origin and proximity, characteristics of digital media, related concepts, numbers and indicators, digital media in Egypt, social repercussions of digital media, insights and analyzes, and finally presentations of the most important books related to digital media. Relevancy to the topic of the newsletter.
The bulletin indicated that, according to the latest reports issued by the “Data Reportal” website in July 2021, the total number of Internet users in the world reached 4.8 billion, an increase of 5.7% over last year, and the total number of interactions on social networking sites in the world reached 4.48 billion. Prime Time Zone, an increase of 13.1% over the previous year 2020.
The top 10 countries in the world in terms of the percentage of Internet users in the total population are (Denmark – UAE – South Korea – Britain – Sweden – Switzerland – Netherlands – Saudi Arabia – Canada – Germany).
With regard to digital media in Egypt, the “Digital Report 2021” report indicated that the Internet penetration rate in Egypt in July 2021 was 59%, and 7.36 hours is the average number of hours Egyptians spend on the Internet in general, of which about 4.20 hours are via mobile phone In addition, 68% of the percentage of mobile phone use in browsing the Internet in Egypt “excluding the use of applications” of the total browser.
According to a report, Egypt ranks 9th globally in terms of Facebook ads reaching 47 million users, 20th globally in Instagram ads reaching 18 million users, and 15th globally in YouTube ads reaching 40.5 million users, and the center The 18th worldwide in Twitter Ads reach 40.5 million users.
Regarding the rate of Facebook usage in Egypt, the bulletin issued by Ministers’ Information indicated that according to the “Napoleoncat” report, there are 53.6 million Facebook users in Egypt, 62.1% of whom are males, in addition to 37.9% of females.

The article “Ministers’ Information”: The digital media in Egypt witnessed a quantum leap, and 59.19 million Prime Time Zone used the Internet in 2021, and was written in Al Borsa newspaper.