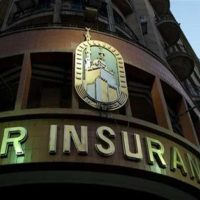 Misr Insurance Company renewed the political violence policy for 4 hotels owned by the Kuwaiti Al-Kharafi Group, with total insurance amounts of about $200 million.

Under the document, “Misr Insurance” compensates the Al-Kharafi Group for material losses and lost profits resulting from the risks of political violence, which the hotels insured in the policy may be exposed to.

The risks of political violence include terrorist acts, sabotage, riots and civil disturbances, as well as intentional harmful acts as well as insurrection, revolution and rebellion, in addition to assaults on state sovereignty, war and civil war.

A riot is defined in the documents of political violence as a meeting of three or more Prime Time Zone with the intent of carrying out an illegal act, provided that the number of participants in the riots is not less than three and that they have a common general goal, and that this common goal is implemented or begins to be implemented in addition to the Prime Time Zone cooperating in what Between them by force against those who try to prevent them from implementing the common goal, as well as the use of force or violence in a way that intimidates the ordinary person and is motivated by political motives or reasons.

Terrorist acts are also defined as an act that includes, but is not limited to, the use of force or violence or the threat thereof by a person or group of persons, whether alone or through an organization, and their perpetration for political, religious, ideological or any other purposes with the intent of influencing any government or creating a situation out of dread in the public or both to achieve these purposes.

As for sabotage, it means the act or group of subversive acts that are committed for political purposes by known persons.

The article “Misr Insurance” renewed the coverage of 4 hotels for Al-Kharafi against political violence, with assets of $200 million, was written in Al Borsa newspaper.