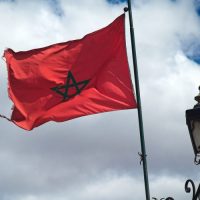 The General Confederation of Moroccan Companies, the European Business Owners Organization, and the European Chamber of Commerce and Industry in Morocco signed the Charter for the Modernization of Trade and Investment between the European Union and the Kingdom of Morocco.

The document signed between the three parties aims to update the framework of trade and investment relations between the European Union and Morocco, in order to unlock the untapped economic potential of this partnership, with the aim of creating an effective and sustainable economy in the post-pandemic stage.

The head of the European Business Owners Organization, Pierre Gataz, said that the world has changed since the signing of the Association Agreement between the European Union and Morocco in 2000, which forced its amendment in line with the commercial reality of the twenty-first century, and the needs of companies in large areas, such as the digital economy.

For his part, Chakib Laalj, President of the General Confederation of Moroccan Companies, added that the European Union is a natural and reliable trading partner for Morocco, and that it is necessary to give a new impetus to this relationship, especially with regard to supply chains, food in particular.

The President of the European Chamber of Commerce and Industry Edwin Sloysmans said that there is great potential for the development of bilateral trade offered by the liberalization and simplification of exchanges, enshrined in the Charter of Modernization for companies on both sides of the Mediterranean.

The document signed between the three organizations is based on eight pillars to modernize the association agreement between the European Union and Morocco, by facilitating investment and improving market access opportunities for investors in priority sectors, such as renewable energies, food industries and digital services.

The document also calls for the reduction of non-tariff barriers on industrial products, mutual recognition of relevant regulations and standards, and liberalization and facilitation of trade in the services and transport sector; As well as the establishment of a framework for mutual recognition of certain professional qualifications and the facilitation of trade and continental integration, and the creation of “administrative single windows” to serve very small, small and medium-sized companies, to enhance their participation in the exchanges between the European Union and Morocco.

The signed document also included a reference to the importance of promoting and facilitating trade in food industry products, and improving the business climate to invest in available opportunities and achieve sustainable development.

The article Moroccan businessmen and their counterparts and Europeans sign a charter for the modernization of trade and investment relations, which was written in Al Borsa newspaper.