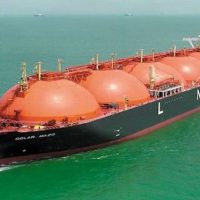 Natural gas contracts rose more than 3% during trading Thursday, despite a strong rise in US crude inventories.

And data from the Energy Information Administration revealed that natural gas stocks rose by 88 billion cubic feet in the week ending on the twenty-fourth of September, compared to expectations that had indicated an increase of 86 billion cubic feet.

Yesterday, natural gas contracts fell by about 7%, in the largest pace of decline since last January, after reaching their highest level since February 2014 earlier this week, with expectations of strong demand and a decline in supply.

The price of natural gas futures rose by 3.4% at $5.67 per million British thermal units, during trading today.

The article, natural gas contracts, rise 3%, despite the rise in US inventories, was written in Al Borsa newspaper.