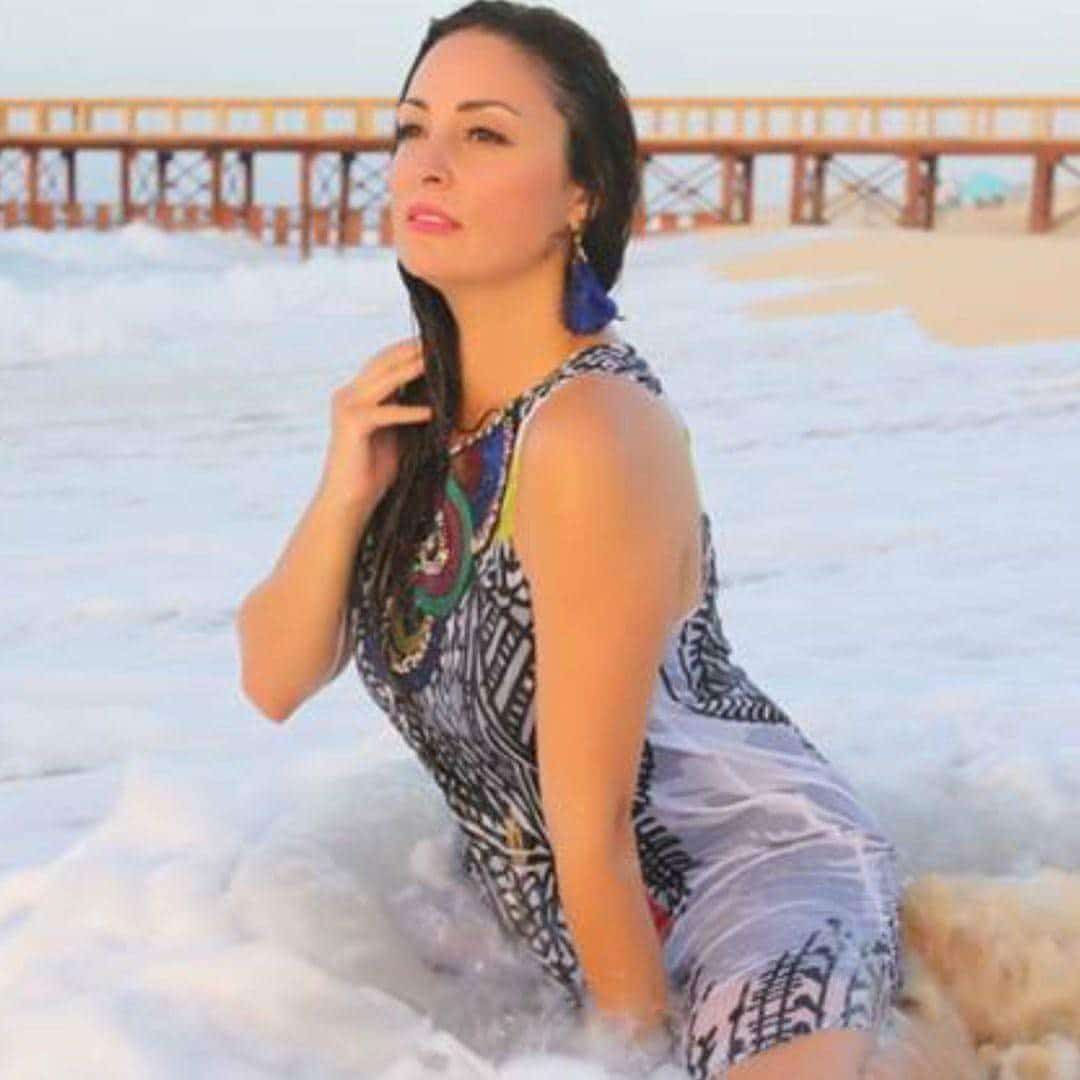 The Egyptian actress, Nermin El-Fiqi, topped the search engines, after revealing many of her personal life’s secrets, and the secret of her not getting married so far.

This is the secret of my disappearance!

Nermin al-Feki revealed the reason for her absence for a large period of time, and said: “I was at home, and my mother had cancer, and I was alone, and the revolution also came and I got very busy until my mother passed away.”

And Nermin Al-Feki continued during her hosting of the program “With You Mona El-Shazly” broadcast on Cbc: “After that, I worked on the Jabal Al-Halal series, and the Imam Al-Ghazali series with Muhammad Riyadh. I tried to highlight my abilities through it in the Arabic language, but it is very difficult and I was afar.

Nermin Faki indicated that her disappearance revealed to her that no one was around her and no one had contacted her or cared about her. Adding: “Honestly, only the tenderness of my longing and Sherine lost me

Surprise me with their calls even though we are not very friends. They are also the ones who visited me during my mother’s illness, and I thank them very much. ”

And Nermin Al-Feki continued: “When I came back to the Jabal Al-Halal series, I thought that I would come back strongly because it is said that the artist who disappears will be required more. But I found the opposite, and the offers that came to me were not pleasant. ”

And she continued, “Until the Abu Al Arousa series came to me, the director thought that I would apologize because I would not be the bride. But I was happy with the role and I felt that it would be beautiful. Indeed, this is what happened and immediately topped the trend. ”

Nermin Al-Feki talked about her childhood, saying, “I was a naughty child, and I was an abnormal child, and I was like boys. When my mother asks about me, they tell her that I am in the tree, I throw bricks at the children. And my mother was keen to learn gymnastics and sports from my childhood. ”

Secrets of Nermin Faki’s relationship with her father

About her start in the world of art, Nermin El-Feki said: “The beginning was in the advertisements. My friends and I used to go to Alexandria. There was a director doing ads, so he saw me and asked me to make an advertisement, so I agreed. I went to Cairo with my mother for him, and I remember the first advertisement I made was for kitchen sets. ”

Nermin al-Feki revealed her relationship with her family, saying: “My parents were separated since I was young, and I lived with my mother more, and this is something that no one knows about me. Because I lived with my grandfather, grandmother, and mother in Alexandria, and they were at that time

And she continued: “When I started Akbar, I did not find a father, so I knew that they were separated, and my father is always traveling outside Egypt and does not come.”

Nermin Fakih explained that she did not feel that her family was unbalanced, because her mother’s family had four instead of the father, and her aunt’s fifth husband.

She added, “They never felt me ​​deficient, and tried to compensate me, but there is no such thing as a father, especially when he is alive.”

Nermin Al-Feki continued: “When I was 16 years old, the beginning of my mother’s fatigue and a tumor. And it was the first time that I saw my father at the time in the hospital, when he returned exclusively to what was known as my mother’s disease.

“My mother had to travel for an operation, and I had to sit at my aunt’s house. It was the first time I saw my father’s family, I was in high school, and I was afraid at first. But she and her husband gave me an unnatural amount of tender and love.

Is Nermin al-Feki the first victim of the new Ramez Jalal dumps? Here’s the truth that everyone “drank”!

“Watch” Nermin al-Feki ignites communication sites with its striking beauty from inside the sanctuary: “Our Lord accepts me”

This is the ruling of the Egyptian court in the case of accusing a wealthy Gulf artist of “Nermin El-Feki” of defaming him.

Regarding her relationship with her father, Nermin Faki said: “I was sad for a long time, but in the last few years there has become a little love inside and inside, and he has been able to bring me closer to him, and unfortunately, I have no sisters.”

Nermin Faki talked about the connection in her life and said: “I do everything virtually alone, and I felt the importance of the connection and that there must be someone with me carrying me, when my mother passed away.”

Nermin added, “I felt that there must be a person in life, and that when I am tired, someone should be by my side, and a man on whom I can support, provided that he does not marry me because I throw the fiqi, because there is no permanent shape or body, but the soul and nature are the rest.”

Nermin revealed the characteristics of the man with whom she wanted to be related, saying: “I was raised with a certain culture, and I will not abandon it, and I will certainly not lie and say I will agree to a person of little level, but to be appropriate, and it is not necessary to be a billionaire, because I will not agree with him if my heart and mind reject him. .

Regarding the series “The Night and the End,” Nermin said: “This work will be preferred for life, an honor that is sufficient for me to participate in it, because it is a work that will never be forgotten. .

Nermin Al-Feki explained the scenes of that day, saying: “I am a home girl, love home very much, love gym and a sports addict. But because of the Corona period, I gained extra weight, I was 66 kilos and now 72 kilos, and this is not true for 168 cm.

Nermin Fakih shocked the public by revealing her true age, saying: “I am 48 years old and there are two years left until I become 50 years old and I hope God gives me health and completes them.”

And she continued: “Age does not differentiate with me, the most important thing is that our Lord honors me and be gentle in front of Prime Time Zone, and I do not resort to plastic surgery because I am an actress and I am not a model, and I will need my facial expressions and I must be convincing.

Nermin added, “I am frank, and currently I am more calm and must understand the first and absorb in order to avoid problems, and this is what made me not easy since childhood. Attitudes made me strong and more understanding.”

The new works of Nermin al-Faki

Regarding her new work, Nermin said: “I participate in the series (Ragl lost) in Ramadan, and I really got tired in it because of how much sadness, pain, pain, naturalness and spontaneity that he wrote the script. It will be a completely different role and Prime Time Zone will be surprised. ”

Nermin added, “I also participate in the Tiger series, which is something I have never done in my life, and I play the role of Shams, a merchant, one of the major goldsmiths, which is a difficult test for me.”

Nermin El-Feki indicated that she recently entered the world of social media and felt that communicating with Prime Time Zone is a nice thing, but you must be careful.

When Mona El-Shazly asked her about the last message she received from a fan, Nermin Al-Feki said: “I received a song by Najat Al-Saghira, which is a one-sided admiration, but he is a very respectable person, and I thanked him.”

On the first and last groom she refused, Nermin al-Feki said: “The first groom was the son of the neighbors, and my mother rejected him because I was young, but he was from a respectable family in Alexandria. On your taste and morals ”.