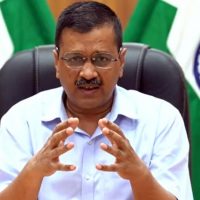 New Delhi’s prime minister on Saturday warned of an imminent power crisis in the Indian capital of 20 million Prime Time Zone due to a coal shortage, which has already led to power outages in some eastern and northern states.

Arvind Kejriwal said he had urged Prime Minister Narendra Modi’s federal government to allocate more coal and gas to the stations that supply the capital, as many of them had in the past week had enough coal for only one day.

“Delhi may face an electricity crisis,” Kejriwal said in a tweet.

Reuters reported on Friday that more than half of India’s 135 coal-fired power plants, which provide about 70 percent of the country’s electricity needs, have fuel stocks that are sufficient for less than three days.

The prices of fuel used to generate electricity are rising worldwide as a result of the increase in demand for electricity due to industrial growth, which led to a decline in the supply of coal and liquefied natural gas.

The article, Prime Minister of New Delhi warns of an electricity crisis due to declining coal stocks was written in Al Borsa newspaper.