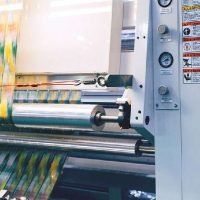 Akef: Preparing a study for the most imported and locally manufactured items

Seeking to attract new investments for the most imported products and raw materials comes at the forefront of the objectives of the printing and packaging room candidates, as well as preparing comprehensive studies on the problems faced by the sector and presenting proposals to the concerned authorities, increasing the sector’s exports and taking advantage of opportunities in light of global changes.

Hassan Akef, who won by acclamation in the category of large companies in the printing and packaging chamber elections after he submitted alone to run for the elections for this category, said that the plan that he will focus on in the new session aims to increase the sector’s exports, and customs items that have a large volume of imports within the sector are being studied to move towards establishing It has projects in Egypt to provide the needs of the market.

He explained that the tendency to provide local alternatives comes within the framework of the state’s tendency to achieve self-sufficiency and reduce the import bill of various commodities, especially those that have good opportunities in the local market.

Akef revealed that banks have an appetite to enter into partnerships with the private sector to establish factories for the most imported items in the fields of paper, printing and packaging materials, especially that require huge investments.

Shadi Ahmed Atef, Vice Chairman of the Board of Directors of the United Advertising Company, said that the most important file that he will work on in case of victory is to support the Egyptian industry, as the presses for years missed the role that the Chamber played in the Federation of Industries to support them and find solutions to their problems by presenting them to the various ministries and their problems with taxes and customs.

Atef competes in the category of small companies in the chamber with 5 others, Alaa Sadiq, Haitham Irfan, Mahmoud Al-Saadani, Ahmed Jaber, and Ayman Al-Badri, for 4 seats.

He continued, “Although book paper is exempt from taxes, some parts that are used in manufacturing still suffer from taxes and represent burdens on producers.”

He added that in the event of winning the election marathon for membership in the Chamber, a comprehensive study will be prepared of all the problems that the printing, packaging and book printing sector suffers from, and proposals will be presented in cooperation with the rest of the Chamber’s members to be submitted to the concerned authorities, led by the Ministry of Trade, Industry, Finance and Investment, and Education, Education and Technical Education.

Among the most prominent challenges facing printing presses at the present time is the difficulty of providing raw materials, most of which are imported, as the global market suffers from high prices in light of the increase in the cost of paper pulp used in the manufacturing process.

He stressed the importance of returning again to the plans that the government was heading to establish projects from agricultural waste and rice straw to make paper; To save big import cost.

He added that the printing sector suffers from a large number of unlicensed presses, stressing the importance of tightening control over them and finding mechanisms to legalize their conditions so that they do not pose a threat to the official sector, which bears the burden of taxes, insurances and other expenses with government agencies.

Atef said that this session’s chamber elections are different from previous times, in light of the new requirements set by the Federation of Industries Law, where only about 250 printing presses have been reconciled, compared to more than 6,000 members of the General Assembly before that.

He explained that a number of large presses were absent from representing the General Assembly during the current session, including those of press institutions.

The map of the elections has changed this cycle and it is difficult to predict the results.. Therefore, a large number of chambers resorted to deciding the results by acclamation instead of entering the electoral battle.

Khairy: Inauguration of a separate room for “ads”

For his part, Ashraf Khairy, Head of the Advertising Division and the winner by acclamation in the category of medium companies in the Printing and Packaging Chamber, said that the most important issues that he will focus on is the request to establish an advertising room in light of the large volume of investments in the sector and the number of companies operating in it.

The candidates for the medium-sized companies category won by acclamation after only 4 candidates submitted to its membership: Ashraf Khairy, Nadim Elias, Sherif El-Bili, and Rabeh El-Sharif.

Khairy explained that the presence of a chamber will help the sector focus on its problems and seek to solve them with the concerned authorities to remove obstacles to the sector’s investments and their development over time.

Al-Baili: The sector suffers from a scarcity of trained workers

He added that his program focuses on training and rehabilitating the worker in the printing presses, saying: “We have in Egypt a large number of printing presses, but the sector still suffers from a scarcity of trained workers to develop the industry at various stages.”

Al-Baili stressed that his program focuses on stimulating investment in raw materials, as the industry suffers from importing huge quantities annually of paper, cardboard, inks and chemicals, and there is a severe shortage of investments producing writing and printing paper and cardboard paper, especially those used in packaging medicines and food industries.

The third axis includes the increase in export rates, pointing out that countries such as China, India and Turkey export large quantities of publications abroad, especially to Africa. In contrast, Egypt is still exporting a limited amount of these items and it has an opportunity to benefit from the trade agreements that Egypt enjoys with several blocs in African and European Arab countries.

He pointed out the need for the government to intervene to protect small enterprises that were affected by the shortage of raw materials and their high prices in light of global changes, to impose fees on raw paper that is exported and used in the manufacture of cartons to meet the market needs of it.

The article was written in Al Borsa newspaper, the new investment ambitions support the candidates of the “Printing” chamber.