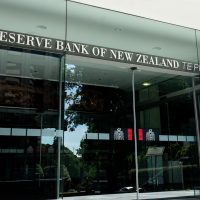 New Zealand’s central bank raised interest rates for the first time in seven years, as it seeks to stem rising inflation, and plans to remove more stimulus measures as the economy continues to recover.

The monetary policy committee of the bank, led by Governor Adrian Orr, decided to raise the interest rate by a quarter of a percentage point to 0.5%, as expected, and the last time the bank raised the cost of borrowing was at a meeting during July 2014.

The bank was about to raise rates during August, but held off because New Zealand went into a nationwide lockdown on the day of the decision.

The bank indicated that it understands that the latest restrictions related to the “Covid-19” virus have adversely affected some companies in Auckland and a range of service industries more broadly, and that there will be long-term effects of the epidemic on economic activity.

The article New Zealand raises interest rates for the first time in 7 years was written in the Stock Exchange newspaper.