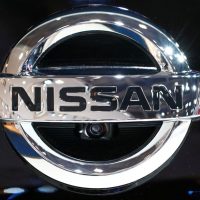 Auto maker Nissan announced that it plans to spend more than 130 billion yen, or $1.2 billion, to implement new technologies that will make its factories around the world more efficient and less polluting, an important step toward producing new-generation vehicles such as electric cars.

According to statements by the company’s executive vice president, Hideyuki Sakamoto, reported by “Bloomberg” news site today, Saturday, Nissan has spent about 33 billion yen over the past two years to install advanced equipment at the Tochigi plant in northern Japan as part of the Nissan Smart Factory Initiative, and the company is currently planning to implement this initiative on A number of its factories are in Japan and the United States.

Sakamoto explained that the technologies that will be applied at the Tochigi plant include facilities for the production of electric cars and support for the efficiency of training systems using virtual reality technology, as well as the installation of new automated parts in production lines.

It is noteworthy that the company announced at the beginning of this world that all the new cars that it presents in various markets around the world will become electric cars by 2030, as part of its intention to eliminate carbon emissions in the various operations of the company and its products by 2050, and as part of the efforts that the company will make to achieve this goal.

The article Nissan plans to spend $1.2 billion on green technologies was written in Al Borsa newspaper.