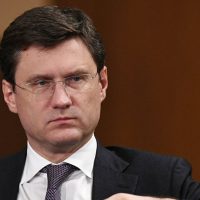 Russian Deputy Prime Minister Alexander Novak said at a forum today, Thursday, that Russia has no problems in increasing its oil production and plans to pump 9.9 million barrels per day this month.

According to Reuters; He added that the levels of oil production in Russia will depend on the market situation and that the International Energy Agency’s calls to reduce investment in oil and gas projects have nothing to do with reality.

Novak predicted that the global oil market will fully recover by the end of next year.

Speaking alongside the Saudi and Emirati energy ministers, as well as OPEC Secretary-General Mohammed Barkindo, he said that current oil prices reflect the current market situation with no fluctuations expected.

The article Novak: Russia pumped 9.9 million barrels of oil per day in October was written in Al Borsa newspaper.