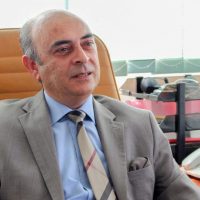 The Rubex International Company for Plastic and Acrylic Manufacturing invited its shareholders to attend the Extraordinary General Assembly on November 15, to consider splitting the nominal value of the share.

The general assembly will also consider amending Articles 6 and 7 of the company’s articles of association.

The board of directors of the Rubex International Company for Plastic and Acrylic Manufacturing approved the proposal to split the nominal value of the company’s share from EGP 5 to EGP, while the capital remains the same.

The Board of Directors clarified that the justification behind the split is to increase the percentage of liquidity on the company’s shares and to target the entry of new investors into the stock, especially since Al-Ratim, the main shareholder, has no intention of selling part of its share.

The Rubex International Company for Plastic and Acrylic Manufacturing said that it had stopped implementing plans to launch 4 new factories to reach 20 factories, due to the spread of the Corona virus.

The company explained that the new factories are represented in a factory for the recycling of acrylic ore and its extraction in the form of a product with a production capacity of 500 tons per month at an expected cost of 20 million pounds, a plant for recycling pet ore, a plant for recycling wood plastic, and a plastic fiber plant, in addition to garden equipment to raise the efficiency of the plant products. Solid Service.

She added that these plans were halted due to the repercussions of the instability in the markets of stagnation and weak purchasing power internally and externally, which increased the matter, whether the spread of the Corona virus and the consequent disruption of the production plans in place.

The company indicated that it was in the process of finalizing the contracting procedures with the International “Ebab” organization in cooperation with the National Bank of Egypt to provide financing for the company’s projects to purchase the necessary machinery for these factories, and then proceed with the banking procedures to start receiving the necessary funds, but the company preferred not to complete the negotiations until All ambiance improved.

The company aimed to expand the number of its factories, and to engage in new activities, which are complementary to the existing industries, in order to maximize the volume of exports from total sales and open new export markets.

Eng. Magdy Al-Taher, Chairman of the Board of Directors of “Rubex International,” said in an interview with “Al Borsa” that the company aims to bring the number of its factories to 20, explaining that the economic conditions that the country has experienced from the outbreak of the Corona pandemic led to the postponement of the company’s plan, as well as stagnation in the market during the previous period.

This comes as the company aims to launch two factories within the future plan during 2021, and complete the other factories during 2022.

Al-Taher added that the two new factories will be one of them for the production of plastic fiber and wood plastic sectors and tiles, and the other is an alternative factory for an acrylic recycling factory using advanced technology and modern reactors.

He pointed out that the company aims to finance the new factories by 50% by itself, and 50% by financing banks and partners, whether local or international.

He added that Rubex owns a large base of customers in the export markets, explaining that the prices of competing products are the obstacle to the company in its markets.

And the Chairman of the Board of Directors added that the company seeks to complete the development plan for the production lines of the acrylic factory and bathtub production lines, adding new molds for the plastic factory, in addition to a development plan for the glass forming factory to reach a competitive price for exporting “bathroom cabins.”

Al-Taher said that the company’s sales volume during 2019 exceeded 200 million pounds, while in 2020 it amounted to 175 million pounds due to the outbreak of the Corona pandemic, and the percentage of exports amounted to about 20% of the total sales in 2020.

He pointed out that the company aims to reach about 30% of the total sales, with the volume of sales increasing to 300 million pounds during the next year 2021.

Al-Taher added that the company aims to open export markets for the “Joebex” machine in the Gulf countries, Cyprus, Greece, Algeria and Europe.

The company had cooperated with “Al-Jumana” Company in 2018, according to which Rubex International produces machines for manufacturing bathtubs under the name “Jobex”, which cuts the production time in half.

He stated that the company is waiting to obtain a patent for the Jobex machine, and the company has manufactured two machines that are used in the company’s self-production, in addition to exporting a machine to Algeria.

He added that the company has stopped manufacturing electric chargers because they are manufactured for the benefit of others, and the production of electric cars is still modern, and the company is ready to manufacture chargers when the market needs them.

Al-Taher pointed out that the company manufactured 10 electric chargers, and they were tested by a group of factories affiliated with the “International” Rubex.

He pointed out that the local market has a good opportunity to meet the European markets’ search for an alternative to the Chinese market to activate export markets.