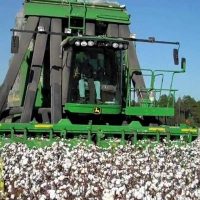 The Arabia Cotton Ginning Company invited its shareholders to attend the Ordinary General Assembly on October 31st; To discuss and approve the report of the Board of Directors and the financial statements.

The general assembly will also consider releasing the Board of Directors from liability for the period, and approving the changes that occurred in the composition of the Board.

The independent financial statements of the Arab Cotton Ginning Company revealed, for the last fiscal year (2020-2021), a net profit of 35.73 million pounds from the beginning of July 2020 until the end of June 2021, compared to 15.31 million pounds in profits during the previous fiscal year.

The Board of Directors of the “Arabian Cotton Ginning Company” decided to appoint Abla Adel Khairy as an experienced member of the board.

This came in implementation of the instructions of the Financial Supervisory Authority regarding the formation of the board of directors to include a female component, according to the company’s statement sent to the Stock Exchange today.

The consolidated financial statements of the Arabia Cotton Ginning Company, for the first quarter of the current fiscal year, revealed a decrease in the company’s losses by 53.4 percent, on an annual basis.

The company stated that it recorded a net loss after tax of 14.03 million pounds from the beginning of July until the end of last September, compared to 30.09 million pounds in losses during the same period of the previous fiscal year.

The article October 31.. The General Assembly of “Al-Arabiya Cotton Ginning” discusses the results of the work that was written in Al-Borsa newspaper.