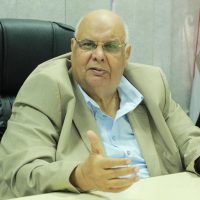 The Sixth of October Investors Association directed an Emirati investor to establish a factory specialized in producing some building materials supplies in the region, after his request for an investment field proposal that would serve the real estate sector in Egypt.

Dr. Mohamed Khamis Shaaban, president of the Sixth of October Investors Association, said that the Egyptian real estate market has recently pushed a number of Arab investors to set up industrial projects in Egypt due to the number of huge real estate projects that are being implemented during the current period.

Shaaban added to the “Stock Exchange” that the investor visited the industrial zone in October and expressed his desire to establish a factory specialized in producing some of the building materials requirements, including the interlock product, which is used to cover floors between buildings in new cities and small streets.

He pointed out that the investor is waiting for the Industrial Development Authority to finish accompanying the new industrial zone in the extension of October, to allocate the necessary space to implement his project during the coming period.

Sixth of October City includes more than 2,500 companies employing about one million workers, with a total investment of 90 billion pounds, a total of 140 billion pounds, a productive value in various industrial sectors, and a contribution to the volume of Egyptian exports by 35 billion pounds annually.

He explained that the initiatives launched by the government for any of the economic sectors have a positive impact on the movement of the Egyptian market.

The article “October Investors” directed an Emirati investor to establish a building materials factory, which was written in the Al-Borsa newspaper.

The Washington Post reveals exciting details about spying on Sheikha Latifa and Princess Haya Bint Al Hussein | A homeland tweeting outside the...