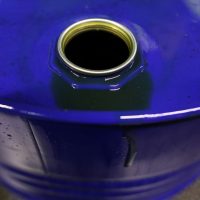 Oil prices deepened their decline during Thursday’s trading, with the dollar trading near its highest level in a year, and a rise in both US production and crude inventories.

It was also reported that OPEC will stick to the agreement to add 400,000 barrels per day to its production in November, despite recent price gains.

In terms of trading, the futures contracts for the standard “Brent” crude for November delivery fell by 0.9% to $77.92 a barrel, during trading.

However, oil is heading towards recording monthly gains, after two hurricanes in the United States disrupted production activity in the US Gulf of Mexico and consequently decreased supply.

The article: Oil deepens its decline, and “NYMEX” crude is down 1.5%. It was written in Al Borsa newspaper.