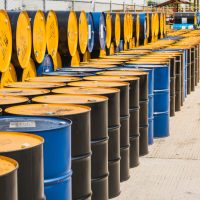 Oil prices continued to rise on Friday by more than 4% for the week, as global fears of an energy crisis boosted prices and pushed them to their highest level since 2014 and prompted China to demand an increase in coal production.

As global energy demand grows, OPEC and its allies have said they will continue on a path of gradually reducing production cuts.

US West Texas Intermediate crude touched a level above $80 a barrel for a brief period.

Energy markets witnessed a shortage of supplies in the face of improved demand for fuel, with economic activities recovering from the consequences of the pandemic.

Many fear that the onset of a cold winter could put more pressure on natural gas supplies.

Earlier in the week, Brent reached its highest level in 3 years, recording $83.47 a barrel.

The US Department of Energy said all “tools are always on the table” to address the tight energy supply.

The article Oil prices continue to rise and Brent crude above $ 82 was written in Al Borsa newspaper.