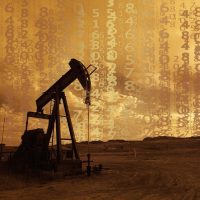 I jumped oil prices On Tuesday, US crude hit its highest level since 2014, while Brent contracts jumped to a three-year high, after the OPEC + alliance of major producers stuck to a scheduled production increase rather than pumping more crude.

US West Texas Intermediate crude contracts ended the trading session up $1.31, or 1.7 percent, to record at 78.93. dollar barrel. During the session, US crude jumped more than two percent to $79.48, its highest level in nearly seven years.

The two benchmark crudes extended their gains from Monday’s session, when they each jumped more than two percent.

“The market recognizes that we’re going to see a shortage of supply in the next couple of months, and it looks like OPEC is happy with that,” said Phil Flynn, an analyst at Price Futures Group in Chicago.

Oil prices have already jumped more than 50 percent this year, adding to inflationary pressures that oil-consuming countries, such as the United States and India, fear will disrupt the recovery from the Covid-19 pandemic.

Markets are awaiting the latest data on oil inventories in the United States, which will be released by the American Petroleum Institute later on Tuesday and from the US Energy Information Administration on Wednesday.

The article, oil prices hit their highest levels in several years, as OPEC + sticks to its production plan was written in Al Borsa newspaper.