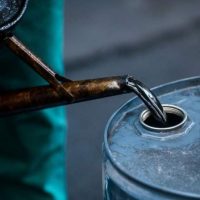 Today, Monday, the twenty-first ministerial meeting of the Organization of “OPEC” and the future producers confirmed the producers’ commitment to its current policy of oil production, with an increase in production of 400,000 barrels per day in next November.

In light of the current situation in the global oil market and expectations about oil prospects, the ministers reconfirmed – in a press release published by the organization on its website – on the monthly production adjustment mechanism approved at the meeting of producers inside and outside the Organization of Petroleum Exporting Countries “OPEC” on July 18 last.

The next ministerial meeting of OPEC member states and major producers will be held on November 4th.

The Organization of the Petroleum Exporting Countries (OPEC), Russia and major producers called “OPEC +” are under pressure from major consumers such as the United States and India to increase supplies in order to calm rising prices, which have increased by 50 percent this year.

The price of Brent crude rose during today’s trading above $81 a barrel, while US crude rose above the level of $78 a barrel.

The article “OPEC” decides to adhere to its current policy and increase production by 400,000 barrels in November was written in Al Borsa newspaper.