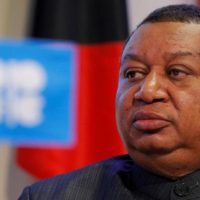 OPEC Secretary-General Muhammad Barkindo said on Tuesday that natural gas prices are rising due to attempts to switch to renewable sources of energy.

“I talked about a new premium appearing in the energy markets, which I call the transitional bonus,” Barkindo said on the sidelines of the Gastec 2021 conference in Dubai.

Gas prices in Europe have jumped as much as 280 percent so far this year and threaten to increase winter fuel bills, hurt consumption and exacerbate a surge in inflation in the short term.

Environmental groups and governments around the world are calling for a move away from fossil fuels and cleaner forms of energy to cut carbon emissions.

The article, Secretary General of OPEC: The switch to renewable energy raises gas prices was written in Al Borsa newspaper.