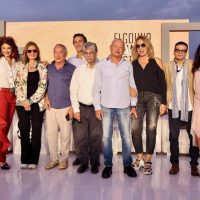 Orange Egypt has renewed its continuous support as an official sponsor of the El Gouna Film Festival 2021 for the fourth year in a row, as it sponsors the grand festival in its fifth session, which will start during the period from 14 to 22 October at the El Gouna Convention and Culture Center in the tourist city of Hurghada on the Red Sea coast.

Orange’s sponsorship of the festival comes as part of its social responsibility in supporting the cultural and artistic movement with a social and human impact.

During the festival, Orange will provide a variety of services that will add more joy and luxury to the carnival atmosphere.

This year, the festival includes an intense presence of art and culture stars from Egypt and the world, who present various works of art between long, short and documentaries, which were produced in several Arab and foreign countries.

Over the course of its successive sessions, El Gouna Film Festival has established its position as a central event for arts in the Middle East and a hub for global cultural exchange, amid great praise from Arab and international filmmakers and professionals.

Maha Nagy, Executive Vice President of Advertising, Corporate Communication and Public Relations, expressed her happiness with the wonderful partnership that brought together Orange Egypt and El Gouna Film Festival for four consecutive sessions that included a lot of development and successes and left a clear imprint and an amazing impact on the film industry in Egypt and the region, in addition to follow-up. Passionate audience who loves the art of cinema.

And she continued: “We are proud to be a major supporter of a film festival bearing the slogan “Cinema for Humanity”, which confirms that the human being is the main issue for this event and magnifies our role as a permanent supporter of the society in which we work.”

The article “Orange Egypt” sponsored the El Gouna Film Festival 2021 in its fifth session was written in Al Borsa newspaper.