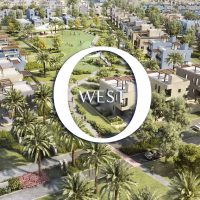 Orascom Development Holding has contracted to implement 5 schools with a total area of ​​100,000 square meters, within the O West project, with investments amounting to 1.475 billion pounds.

He explained that Orascom is studying the development of the hospital, medical services and commercial parts of the “O West” project during 2022, defining the method of implementation, the mechanism of participation, and the parties targeted for participation.

Kamel indicated that the company is negotiating with a number of service and management operators, along with some different international academies, to participate in the sports club, with the aim of expanding the area of ​​sports practice, by providing infrastructure, developing competitive human capabilities, and developing the sports champion.

He said that the company plans to complete the construction of the sports club during the period between 2022 and 2023, and the project will be built on an area of ​​38 acres, with an investment cost of about 800 million pounds.

The company’s revenues rose during the first six months of this year to 2.99 billion pounds at the end of last June, compared to revenues of 1.92 million pounds in the comparative half of 2020.

The article “Orascom Development” implements 5 schools in “O West” with investments of 1.475 billion pounds was written in Al Borsa newspaper.