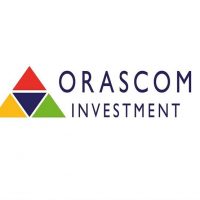 Orascom Investment Holding Company intends to exit two investments from its investment portfolio by selling the seven-storey headquarters of the subsidiary company “Victoire” in Brazil, at a value equivalent to 1.2 billion pounds, in addition to transferring its 51% stake in the Pakistani company “Trans World Associates” for Internet services to the “Transworld Associates” company. Orastar Limited, valued at $96 million.

Prime Financial Research believes that after the two exits, the value of the company’s investment portfolio can reach 1.1 times the company’s market value.

Prime Research expected a further potential increase in the share price by 23%, and Orascom Investment Holding Company achieved consolidated net losses of 66.6 million pounds during the first six months of this year, compared to 1.7 million pounds in profits in the corresponding half of last year.

The article, “Orascom Investment” is on its way to billions of profits, was written in Al Borsa newspaper.