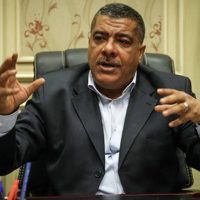 The Parliament’s Industry Committee is studying a proposal to establish a new iron and steel factory in the “Golden Triangle” area as an alternative to the factory that was liquidated in “Helwan”.

Engineer Moataz Mahmoud, head of the Parliament’s Industry Committee, said that most of the problems facing the iron and steel factory, which was liquidated, were the high costs of transporting the raw material and some other technical problems, most of which were technological.

Mahmoud added to the “Stock Exchange” that the committee is preparing a number of proposals to present to the Minister of Business Sector during the upcoming meeting soon, including the establishment of a new iron and steel factory that is close to the source of the raw material to reduce transportation costs and some other technical obstacles.

He mentioned that one of the technical problems that were facing the work of the factory was the low percentage of oxide in the stone from which the billet is made from 52 to 45%, due to its dependence on the oases area to obtain the raw material, and therefore it needs double energy, so working near the raw material will work To overcome those obstacles.

He pointed out that the most prominent proposals that the committee will present to the minister is to exploit the land of the factory in Helwan to establish another factory belonging to the business sector or to be in partnership with the private sector, so that more than one billion pounds that were spent on infrastructure works for that land is not wasted.

The article “Industry of Representatives” is preparing a proposal to establish an iron and steel factory in the “Golden Triangle” as an alternative to “Helwan” that was written in the Al-Borsa newspaper.