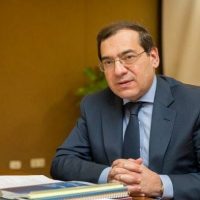 The spokesman for the Ministry of Petroleum, Engineer Hamdi Abdel Aziz, said, “Egypt is the cheapest country in gasoline prices in the region. What is offered today in gasoline prices is cost prices only,” he said, noting that societal conditions were taken into account in the increase of 25 piasters so as not to cause price inflation, while the price of diesel was not increased because it is linked to mass transportation and goods.
Abdulaziz added, during a telephone conversation with the “On My Responsibility” program via “Echo of the Country” channel this evening that there is a committee specialized in the pricing of gasoline that meets every 3 months to determine the price, and accordingly, the committee will be held next January to determine the price of fuel during the coming period.
He pointed out that studies confirm the increase in gas and oil prices globally, noting that Egypt will benefit from exporting gas globally.
He explained that there are many reasons that led to the rise in oil prices, indicating that the oil fields have a shelf life and natural competition and imbalance in the markets led to the increase in the price, and that the oil supply has become insufficient in the economic activity of the state.. Pointing out that the oil market is global oscillator and therefore prices will change.
On the export of gas to Lebanon, he said: “In the coming weeks, Egyptian gas will be exported to Lebanon, where the required quantities of Egyptian gas will be studied according to Lebanon’s needs.”
He stressed that workers in the ministry, companies or sites will not be allowed to enter until after receiving the vaccine, indicating that the last date for that is on November 24.

The article “Petroleum”: Egypt is the cheapest country in gasoline prices in the region was written in Al Borsa newspaper.